Yesterday was the day I finally caved in and bought myself an Italian leather jacket from the San Lorenzo leather markets.

Seeing how cool the locals look in their leather jackets, I had been wanting one all semester long. Plus, Florence is pretty well-known for its leather products — “You have to get something leather there!” my family friends who had visited here before told me.

Over the past few weeks, I’ve been checking out the jackets in the leather markets, taking note of the different styles, prices and employees. There were two vendors I had actually spoken to about possibly buying a jacket, but one of them didn’t make a low enough price offer, and the other was so effusively full of shit with his sly charming techniques that I just didn’t want to close a deal with him. Oddly enough, both their names were Alex.

Yesterday I passed through the markets again on a beautiful, sunny but still-quite-chilly day. I spotted a jacket I really liked in a stand, except that it was brown. The vendor saw me looking and said something, so I told him in Italian that I liked that jacket, except would want it in black. He instantly lead me a little down the street to the actual store behind the leather stands that line the streets. He tracked down the jacket in black and was able to determine my size just by looking at me. As he zipped me up he said, “You have the perfect physique for the Italian jacket,” and based on how I looked and felt, I almost believed him. I did want to try on some other jackets too, though, and ended up spending about 30 minutes total with this vendor. We mostly spoke in English, conversing about school and the quality of the leather and Florence and which jackets looked best on me, etc. I liked this for two main reasons. First of all, it obviously makes me feel more comfortable and less like a victim of any tourist-trap strategies. And second, my bargaining strategy is to approach the vendor like a friend at your own level who you are just doing fair business with: be interested in him and kind to him, don’t react like you’re weirded out by anything he asks or says, speak all the Italian you can, and do not to go in with any hints that you’re already suspecting he’ll try to rip you off. He was actually the perfect balance of an approachable vendor–not at all too effusive with the comments of charm, a good conversationalist, and a source of information to track down the right product. Oh, and of course, his name was Alex too. What the hell, I thought, do these vendors do a group huddle of the month’s game plan and assign everyone a name or something? “Alright, scarf guys, your name is going to be Max. Jacket guys, you’ll be Alex…” Nevertheless, Alex III succeeded. The jacket I liked most was marked for 420 Euro, which he discounted down to 220 for me (I’m sure they’re all marked way higher than they need to be in the first place). I refused that, and kept trying on more jackets, asking him to only select cheaper ones. I told him that I had seen lower prices more in my college-friendly budget, like a 90 Euro jacket. He immediately took out a lighter and held the flame to the jacket I was wearing. “See this? This is real leather that resists fire and water. The lowest you’ll see for a real leather jacket like this is maybe 130,” he explained. I believed him because it did seem to match what I had observed for real leather jackets in both the San Lorenzo marketplace and back home in the US. I spotted another jacket I was attracted to on a rack, tried it on and loved it, did my best to hide my enthusiasm, and nailed an offer that was perfectly acceptable (the number I had in mind while going in in the first place)–and about 3 times lower of the marked price 😀

So, now I’m rocking the leather jacket on the streets of Florence. If I have one regret in Florence, it’s not getting my jacket earlier!

P.S. I have often been mistaken for an Italian local before here, but now I really am quite often! Time to put my Italian language to the test! 😀 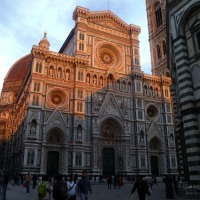 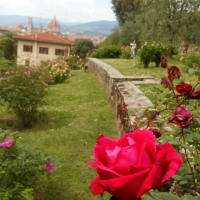 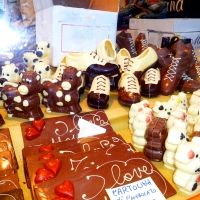 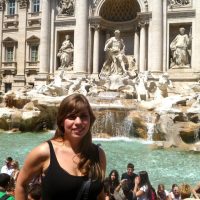 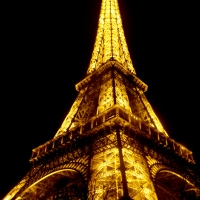 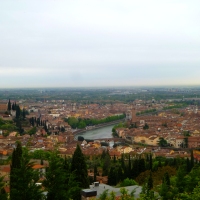 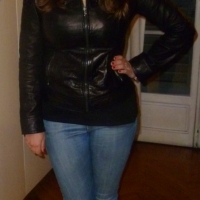 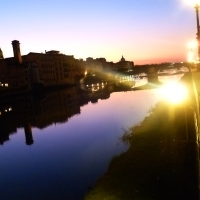 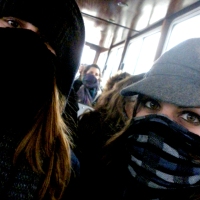